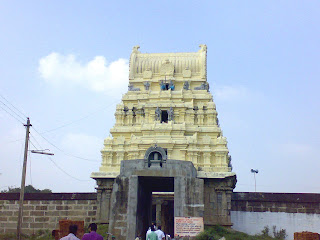 Thiruppulivanam is an old small village located just 3 kms from Uthiramerur on the Kanchipuram Road. 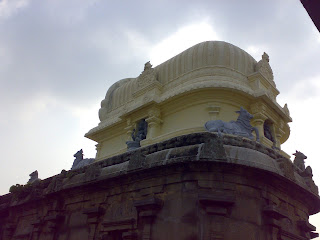 According to the legend, it is said that Saint Vyaagrapaadha has worshipped Lord Shiva Linga here here and hence the name of the God, Vyaagrapureeswarar.

The saint had taken a boon from Lord Shiva to give him tiger’s legs for him to leap faster to fetch flowers for Siva Pooja even before the honey bees could touch them. He wanted the purity of flowers offered to the Lord even without the touch of bees. Lord Shiva granted his wish and Vyaagrapaadha was worshipping the God here.

One day, a king called Parantaka was infected with a strange disease and was advised to visit this temple at the north of Kanchipuram. As he neared the temple, Vyaagrapaadha, out of possessiveness went and hugged the idol of Shiva Linga. As a result of this, there formed a nail mark of the Tiger on Lord Shiva.

Lord Shiva appeared and blessed both the king and Saint in this place.

As you enter the vicinity, a beautiful Nandhi, seated at a distance outside the temple facing the sanctum shows you the way to temple. 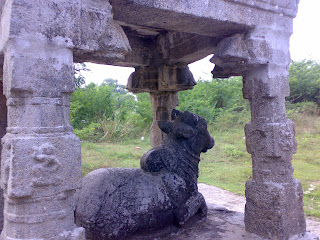 Here, you can find the main deity Vyaagrapureeswarar idol in the form of a Shiva Linga but with unusual Jada mudi on it. Also the Aavudaiyar (base of Shiva Linga) here is of square shaped unlike the usual circular one.

The Goddess here is Amrutha Kujaambal, who has a separate Shrine inside the temple on its outer Praakaram. 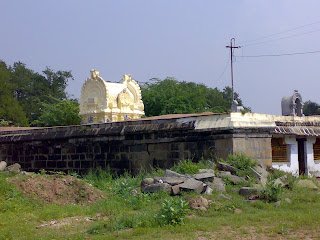 There is a very beautiful Pillaiyar (Ganesha) at the entrance of the Goddess’s Shrine, wonderfully carved on the stone wall. 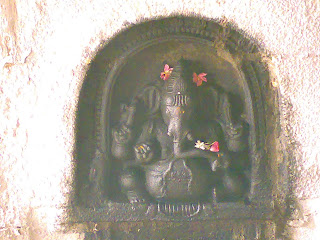 The Dhakshinamurthy is very peculiar here and not seen elsewhere. Dhakshinamurthy offers Dharshan as Ardhanareeswarar (half Shiva & Shakthi). One foot of his is on the Lion and hand holding the Thirisoolam (as Shakthi). Another foot on the Muyalaka Asura (as Shiva)

He is seated under the Kallala tree. Around him one can see the 4 Sanath Kumaras (Sons of Brahma), worshipping him. Also seen are Saint Vyaagrapaadhar and Pathanjali Rishi (incarnation of Maha Vishnu’s serpant, Aadhi Sesha).
Usually, if there are rishis or saints near the God’s idol, they will be seen near the feet of the Lord worshipping Him. But here Vyaagrapaadhar is seen next to the God standing equally.

It is said that, Vyaagrapaadhar asked for a boon from the Lord that, both this village and the deity should be named after him. Also he should be equally given the importance while devotees worship the Lord.

Lord granted his wish and the place was called as Vyaagrapuri (Thiruppulivanam, today) and the Lord is Sri Vyaagrapureeswarar. Also an equal treatment is given to him in Sri Dhakshinamurthy’s Shrine. 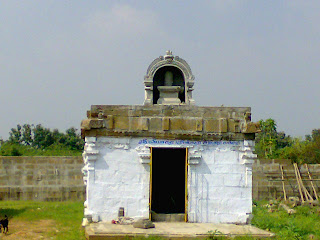 The temple also has a separate shrine for Vyaagrapuri Siddhar here. 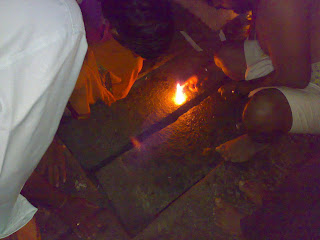 Another unique importance of this temple is, just outside the sanctum, you can see a dark underground tunnel, which is closed with couple of stone slabs. Upon request the priest burns a piece of camphor (pic above) and pushes it through the slit between the slabs and one can see the underground tunnel as a passage (pic below). 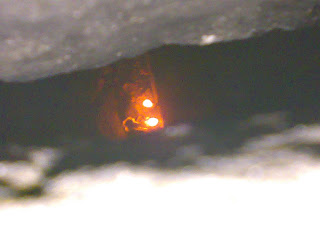 It is said that this underground passage starts here and ends at Uthiramerur Sri Sundara Varadhar Temple. This has been built by some king for their safe hiding etc., during the times of war. 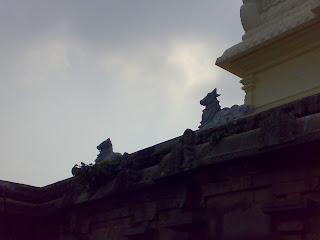 The outer walls of the temple are magnificent with Rishabas (bulls) guarding the temple. 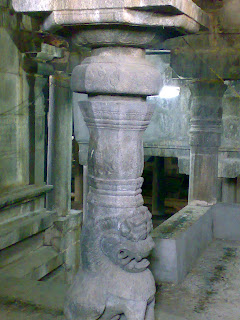 In the inner praakaram, one can see the pillars in unique shape which are not commonly seen in any other temples. 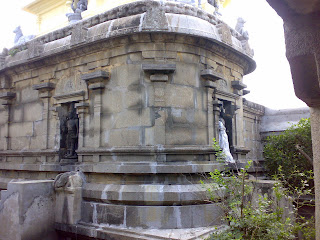 The Sanctum here is in the circular shape at the back (pic above). This type of Vimana belongs to the Chola style of architecture which is seen in some temples around Chennai, Kanchipuram areas. Such shaped vimanas are called Gaja Brishta (means Elephant’s Back) as they resemble the back of the elephant in sitting posture. 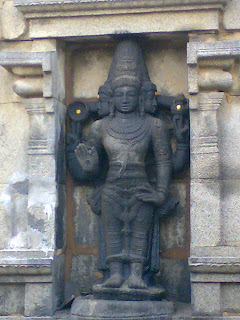 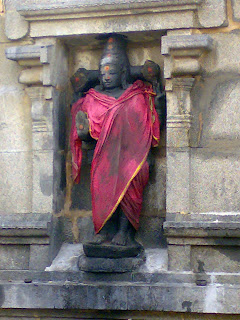 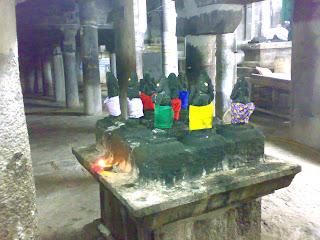 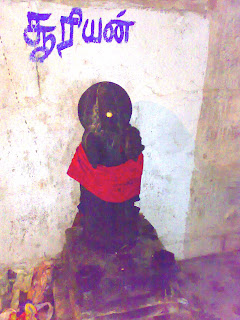 It is said that, from dawn till dusk a bit of sunlight falls on the Lord Suryan’s idol through a diamond shaped small slit on the wall facing Him. 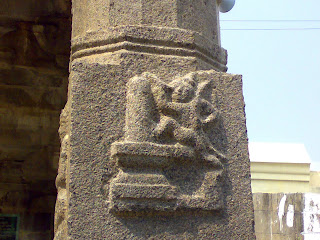 One can see very ancient and beautiful works on the pillars with images of Kannappa Nayanar, Maha Kali etc., sculpted on them. 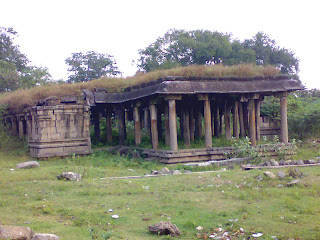 Outside the main temple, in front of the entrance, there is an old, big Mandapam, which is believed to be Indra Mandapam, in which Lord Indra lands here to worship God. It’s in a poor shape with no maintenance, but looks wonderful.

Visit this temple once and you will crave for more visits ! !

Posted by Dhivya Dharsanam at 7:54 PM