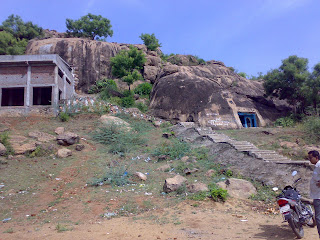 Vallam has a beautiful small hillock on which two wonderful rock cut temples are found. There are steps leading to the temples. According to the inscriptions found, these temples are said to have been built during the period of Mahendravarma Pallava. Inscriptions also reveal the ancient name of the place as Valla Naadu under Kalathur Kottam. 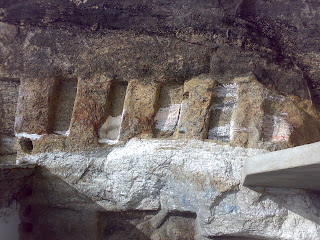 On the left hand side there is a temple for Lord Shiva called Sri Vedhaantheeswarar. Goddess here is Sri Gnaanaambigai. This is perhaps the only place where one can have dharshan of Sri Vinayagar, Sri Subramanyar, Lord Shiva, Sri Ambaal and Sri Sandigeswarar from the same place where we stand. Lord Muruga here is called as Sri Muthukumaaraswami. 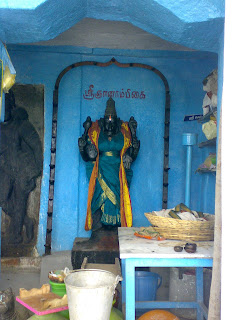 Unlike other Shiva temples, here Goddess Sri Gnaanaambigai is facing the east. Sri Gnaanaambigai looks like a very new idol with clear details and is beautifully decorated with silk saree. The face has so much of Thejas and benevolence. The Dwarapaalakaas are so exquisitely sculpted in life size. The Soolam and Mazhu, which are the weapons of Lord Shiva, are carried by the Dwaarapaalakaas here. It is said that, in this temple, during Pradhosham, the Abishegams are first performed to Dwaarapaalakaas and then to Sri Vedhaantheeswarar and finally to Sri Nandhigeswarar. Now a concrete structure is built around this temple for convenience.

It is said that during the sunrise, the rays from the Sun fall directly on the Lord like a garland.

On the right hand side there is a temple for Sri Giri Varadharaaja Perumaal. Sri Perumaal is seen here with his consorts Sri Devi and Bhu Devi. Dwaarapaalakaas are found outside the sanctum.

Unusually, Sri Durgai is found in the Perumaal temple facing south instead of north as found in Shiva temples. According to the inscriptions, it is found that a lady called Kommai (கொம்மை), daughter of a Pallava King has installed Sri Durgai in this temple 1300 years back. 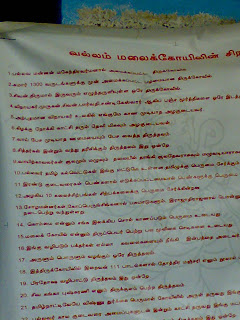 The temple pond is called as Sivaganga Pushkarani, the water from which is used for Abishegams to the Gods.

Pradhosham and all other Saivite and Vaishnavite festivals are done here at these temples. On usual days, priest visits the temple once a day for daily rituals. But one can have dharshan even in the absence of the priest.

Nice temple with serene ambience with excellence of Pallava architecture.
Posted by Dhivya Dharsanam at 3:21 PM