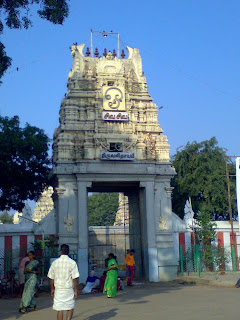 Thiruvalidhaayam (which is called Paadi nowadays) is situated in the suburbs of Chennai, about 2 kms west of Villivakkam towards Ambattur.

The temple is dedicated to Lord Shiva who is the main deity called Sri Valeeswarar and Goddess Sri Jagathambigai. 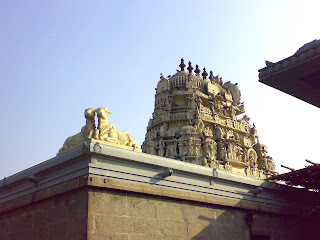 As the sage Baradhwaaj (not the one who is among 7 Saptharishis), had worshipped Lord Shiva here in the form of a Karunkuruvi (black bird) called Valian (வலியன்) the place came to be known as Thiruvalidhaayam and the Lord Valeeswarar.

This village had been a storage place of weapons during the war times. Such places used by the kings for storing weapons were called as Paadi Veedu in ancient days. Also the kings, before starting to the battlefield pick up their weapons from such Paadi Veedus and worship Sri Kaali and proceed to the battle. Hence the place could have become to known as Paadi in later days. As there is also a Padai Veettu Amman temple nearby this temple, which is believed to have been worshipped by the ancient kings.

It is said that, two daughters of Brahma, Kamalai and Vimalai were much fond of Lord Shiva and wanted to marry him. They went to Lord Shiva and prayed to grant their wish. Lord Shiva explained them that he is already married to Parvathi and can’t marry them again, but they can get married to his son Sri Ganesha who is blessed with equal divinity. Later Lord Ganesha, after killing the demon king Gajamukhaasura, came to this place and married both of them.

This wonderful temple has many inscriptional evidences right from the 12th century. Thirugnana Sambandar has sung hymns on Lord Shiva here. 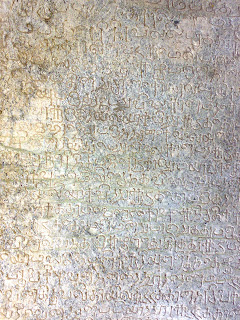 Arunagiri Nathar has sung praise on Lord Muruga at this temple.

Another rare feature here is that, this is one among the just 3 temples where Guru Bhagavan had worshipped the Gods. The other 2 are Thiruchendur and Thenkudi Thittai. 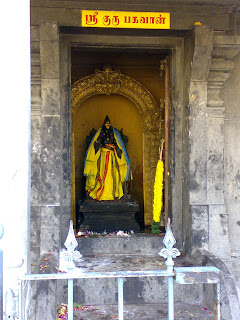 Guru Bhagavan has a separate shrine here at the outer praakaram. 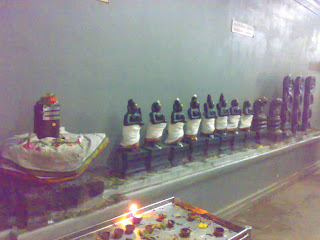 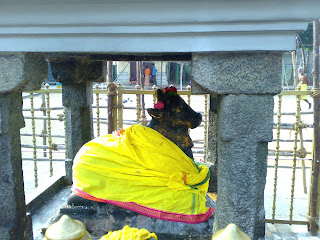 A beautiful Nandhi and a grand Dhwajasthambha (Flag Pole) fascinates while one enters the temple. 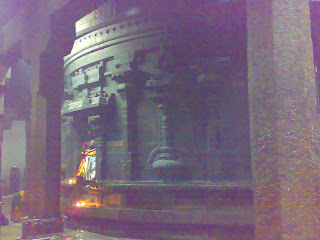 The sanctum is in a circular kind of shape at the back. This type of architecture is called Gaja Brishta Vimana or Thoonganai Madam (தூங்கானை மடம்) as this looks like a back of a sleeping elephant. 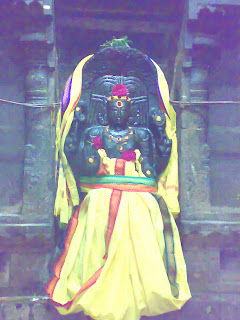 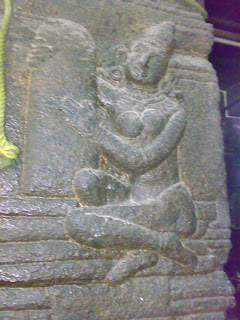 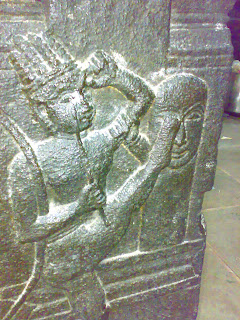 Wonderful sculptures beautify the pillars of the inside Stone Mandapam. We can see the brilliant sculptures (in the pics) like Sri Parvathi embracing Shiva Lingam, Kannappa Naayanaar plucking out his eye for Lord Shiva and Lord Shiva stopping him, an ancient Sadhu or traveler with Thambura like musical instrument and some baggage on his head etc., 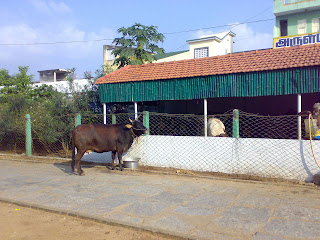 The temple also maintains a Ghoshala, a rare sight in today’s temples and a Nandhavanam along the walls of outer praakaram which adds beauty to the temple. 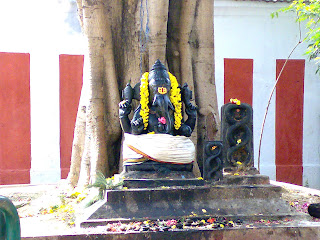 A beautiful Valampuri Vinayagar sitting under an Arasa Maram outside the temple, welcomes you in. 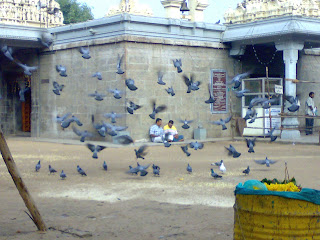 The Theertham for this temple is called Baradhwaaja Theertham and Sthala Viruksham (tree) is Paadhiri.

This temple is also a Guru Parihaara Sthalam situated in Chennai.
Posted by Dhivya Dharsanam at 7:46 PM