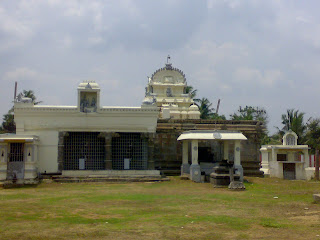 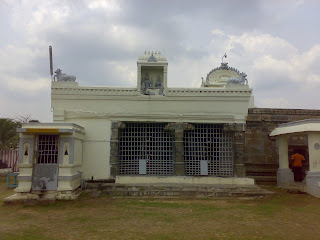 Somangalam is an ancient, beautiful village having a temple for Lord Shiva. The main deity here is Sri Somanaadheeswarar and Goddess Sri Kamakshi Amman. 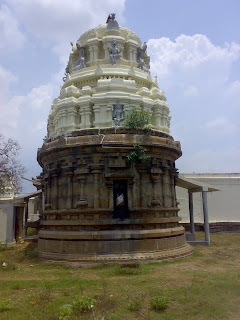 This temple is one of the Navagraha temples of Chennai (or Thondai Mandalam) devoted to Sri Chandra Bhagavan (Moon God). According to legend, once, Sri Chandra Bhagavan (also called Soman) is said to have got cursed by Dhakshan. As a result, he lost his divine charm and forgot all 16 form of arts he acquired. To come out of this, He is said to have created a pond here called Soma Theertham and worshipped Lord Shiva here. After this, he got back his beauty and wisdom. As Sri Soman (Sri Chandra Bhagavan) worshipped the Lord here, Lord Shiva here is called Somanaadheeswarar and the place came to be known as Somangalam. 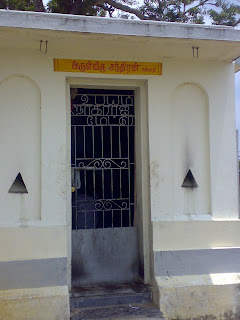 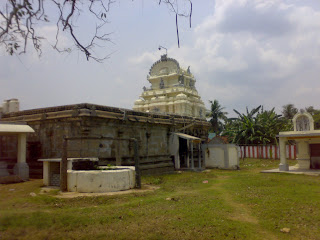 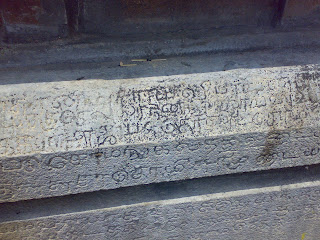 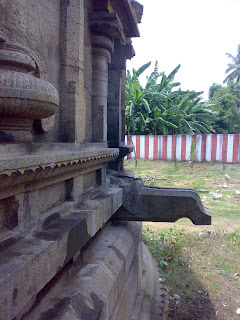 There lived a king called Somakaanthan in this part of the country, who wished to build 108 Shiva temples throughout his country. While he was in the middle of the construction work for this temple, he had his enemies marching towards his territory for war. The king was shocked to hear this, because he was never prepared for a war at that time and had engaged all his soldiers in the temple construction work. 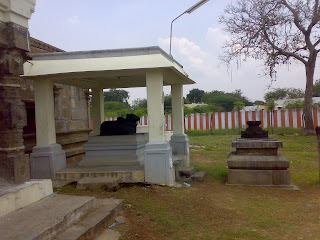 With much grief, he prayed Lord Shiva here to save him. Lord Shiva was pleased with his devotion in constructing the temple, directed Sri Nandhigeswarar to fight against the king’s enemy. Nandhi turned towards east and blew away the entire troupes of the enemy just with his forceful breath. Lord Shiva made Nandhi to face east permanently to make sure that there were no further attacks to the king’s country by enemies. 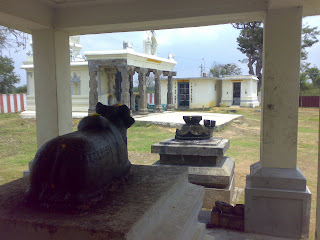 Here one can see Nandhi unusually facing east instead of facing the Lord in the sanctum. This is one of the very unique features of this temple. 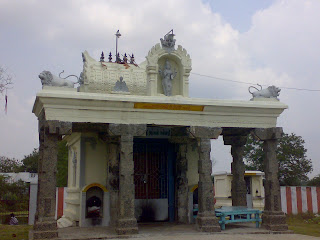 Ambaal Sri Kamakshi Amman has a separate shrine in the temple, facing south. 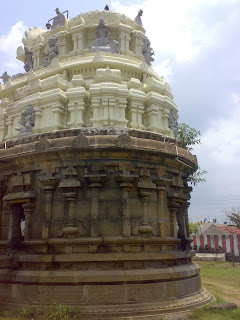 The sanctum is built in Gajabrishta shape or Thoongaanai Maadam (தூங்கானை மாடம்) type which is popular in Chozha architecture. Such structures would look like the back of a sleeping elephant. 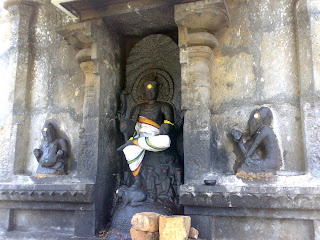 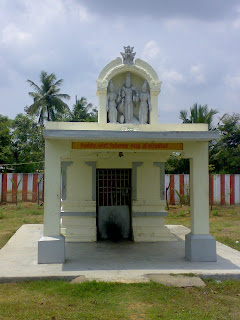 The other deities like Sri Valli Devasena Samedha Sri Subramanyar and Sri Bhairavar have separate shrines on the outer praakaaram. 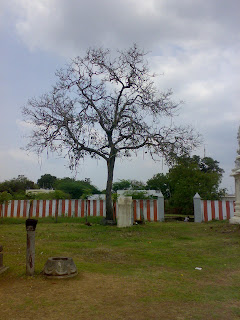 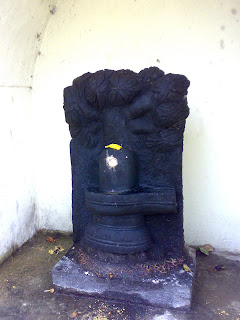 The Sthala Viruksham for this temple is Sarakkonrai Maram which is found on the northern side of the sanctum. There is a small shrine having small Shiva Lingam below this tree and is called Viruksha Lingam. An image of a tree is carved on stone above this Lingam. 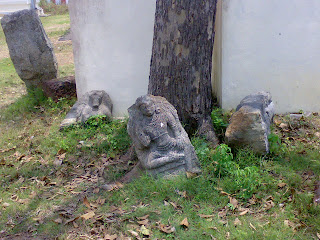 A few dilapidated idols are seen near Sthala Viruksham. 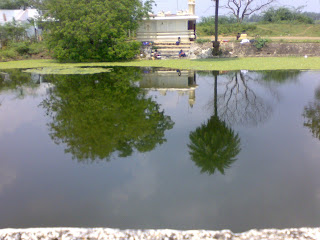 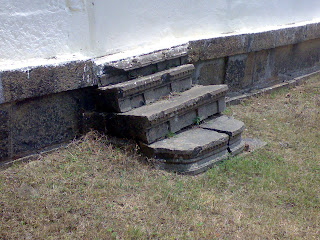 The temple is strictly closed between 12 pm and 4 pm. This beautiful temple surely has lots within itself for temple lovers.
Posted by Dhivya Dharsanam at 7:01 PM