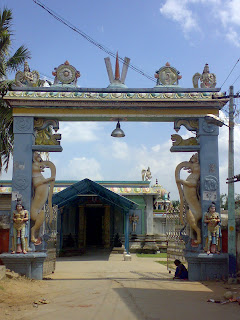 Maangaadu is located at the outskirts of Chennai near Poondhamalli. While going from Chennai city on Mount Poondhamalli road, one has to take left from Kumananchaavadi junction to reach Maangaadu. 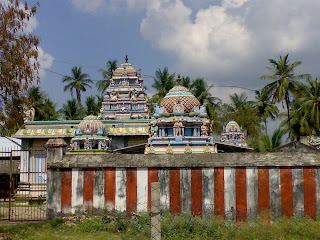 This temple is located very close to Maangaadu Sri Kamakshi Amman temple. This is a very ancient and beautiful temple for Lord Vishnu. The main deity here is Sri Vaikunda Perumaal. 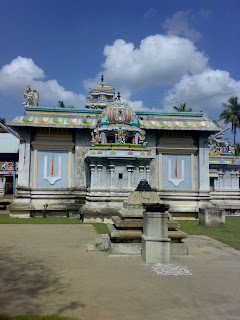 According to the legend, when Goddess Sri Kamakshi performed Thapas here in Maangaadu, Lord Shiva came down to earth to marry Her. Lord Shiva appeared to Sri Kamakshi and directed Her to reach Kanchipuram where He can marry the Goddess.

Lord Vishnu, who is the brother of Goddess anticipating the wedding to happen at Maangaadu, came down here with maternal gifts for the bride and waited here. 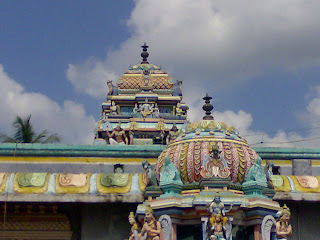 But as the wedding did not happen here at Maangaadu, Lord Vishnu took abode here as Sri Vaikunda Perumaal with the Jewel (wedding ring) he brought for the Goddess and started blessing devotees.

The main deity Sri Vaikunda Perumaal is so beautiful with Sri Devi and Bhu Devi facing east. God is seen holding the wedding ring in his palm. Also He is holding Prayoga Chakra in one of his hands, which is believed to be so powerful. 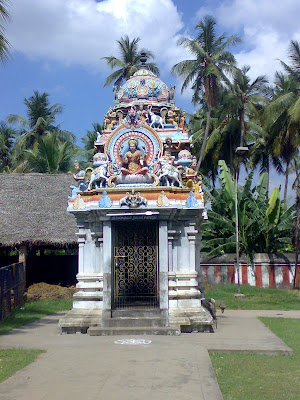 Goddess here is Sri Kanakavalli Thaayaar having a separate shrine facing east on the outer praakaaram. 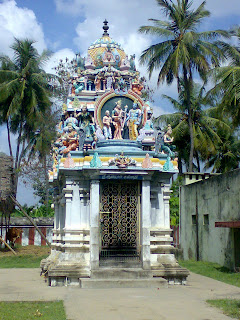 Aandaal shrine is found on the northwest corner of the temple, facing east. 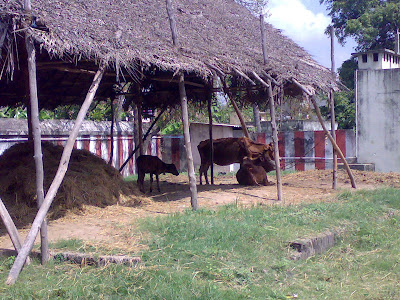 The temple also maintains a beautiful Goshala with many cows.

Many beautiful statues like Sri Rama, Sri Anjaneya etc, are found on the outer walls of the temple. 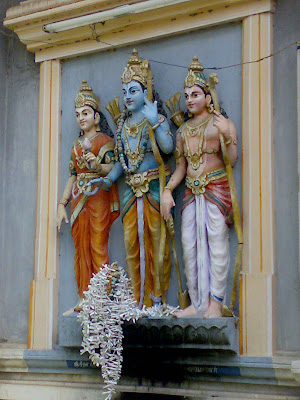 It is said that people visiting Sri Kamakshi Amman temple should also have dharshan at Sri Velleeswarar temple and Sri Vaikunda Perumaal temple in Maangaadu, as all these three temples are interconnected with the history of Sri Kamakshi Amman.
Posted by Dhivya Dharsanam at 5:44 PM