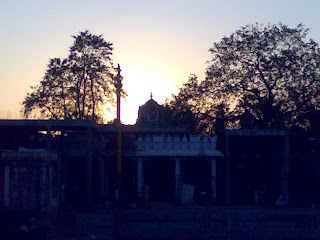 Vallakkottai is about 50 kms from Chennai and about 12 kms South of Sriperumbudur.

This small village houses a beautiful temple with presiding deity as Sri Subramanyar along with Sri Valli and Sri Devasena.

The main deity is about 7 ft tall and such tall murthy for Lord Muruga is not seen in any other Murugan temple in this country. This temple is over 1200 years old. 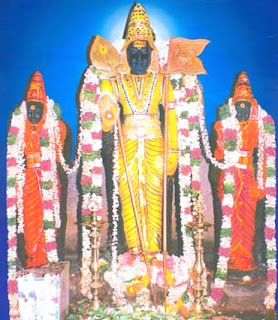 According to temple legend, a king called Bagirathan was ruling a place called Chalankondapuram. Sage Naradha once visited this king and the king didn’t offer any due respect to Naradha. Naradha, who got angry with him, saw an Asura (demon) called Goran, on his way in the forests, who was doing Dhig Vijayam to various territories to defeat various kings.

Naradha advised Goran that his trip would be fulfilled only if he defeats Bagirathan. Goran took Saint Naradha’s words and defeated Bagirathan. Bagirathan lost all his kingdom and started wandering in the forests. One day he met Saint Naradha on his way. He apologized and prayed the saint to show him the way to gain back his kingdom. Saint Naradha directed him to meet Dhurvasa Rishi to get back what he lost. Bagirathan with much pain went and met Dhurvasar, who asked him to fast on Fridays and worship Lord Muruga near Paadhiri tree to gain back the kingdom. 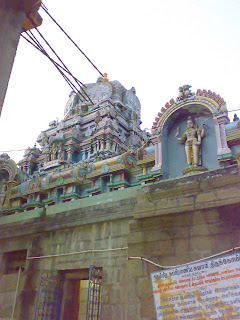 Bagirathan formed a temple for Lord Muruga near Paadhiri tree and started worshipping. After his sincere prayers, Goran, who captured his kingdom, met Bagirathan and handed it back to him.

The place where Bagirathan made a temple for Lord Muruga near Paadhiri tree is Vallakkottai.

Vallakkottai is named after a king called Vallan, who was ruling this part of the country and was atrocious to everyone. Everyone including Devas took refuge in Lord Muruga who fought a battle with Vallan and defeated him. Vallan realized his sins and apologized. He also prayed God that the place should be called after his name. From then this place was known as Vallan Kottai which later corrupted as Vallakkottai.

This place also has references by the name Kodai Nagar and Lord Muruga as Kodai Aandavar. 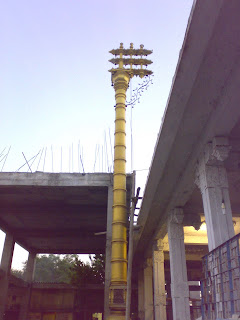 Once Lord Indra wanted to worship Lord Muruga and he requested Deva Guru Sri Brahaspathi to guide him to the right place. He was directed to Vallakkottai. He came here and made a pond out of his weapon Vajraayudham and performed Abishegam to the Lord. As Vajraayudham was used to create the pond, the Theertham here is called Vajra Theertham.

Arunagirinathar came here to Vallakkottai before proceeding to Thiruthani. He had stayed here and sung about 8 Thiruppugazhs praising the Lord here.

In his Thiruppugazh, Arunagirinathar mentions this place as Kodai Nagar. 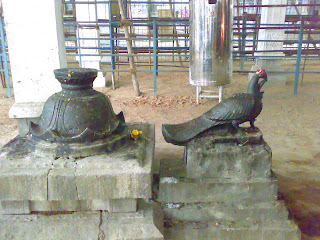 Other deities of this temple are Sri Vinayagar, Utsava Murugar, Sri Shanmugar and Sri Ambaal. The Mayil Vaahana is seen near the Bali peetam outside the sanctum. 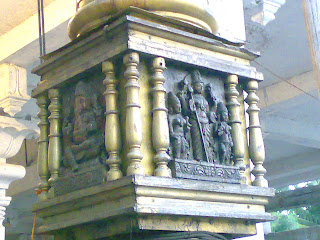 There is a beautiful Dwajasthambha on the praakaaram, has lovely carvings of Lord Muruga and Vinayagar. 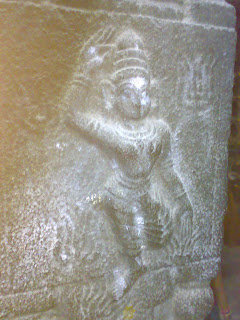 There are also some beautiful sculptures on the pillars of Ardha Mandapam like Thapas Kamakshi (as in Maangaadu), Sri Rama embracing Sri Anjaneyar etc. 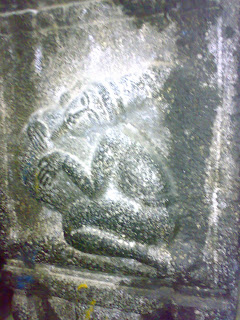